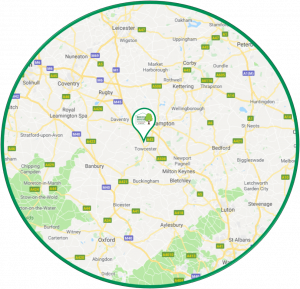 Lungworm is an emerging disease – it is becoming more prevalent around the UK and affecting more dogs. It is most common in the South of the UK but is spreading around the rest of the country. As of 9th July, there have been 407 cases reported within 50 miles of Beech House Vets, but we still find many clients are unaware of the risks that lungworm can pose to their dogs and cats. You can check the most up to date information and search for cases around your own postcode on this map kept up to date by Bayer https://mypetandi.bayer.com/uk/lungworm-map/

Lungworm is caused by a parasitic worm which lives in the heart and the blood vessels of the lungs. The main worm which causes lungworm in dogs is Angiostrongylus vasorum which can also cause lungworm in foxes and badgers. Other species of worms can cause the same disease, for example fox lungworm, but are less commonly seen. They are small worms about 14-20mm in length.

How does lungworm spread?

Dogs who have lungworm shed small larvae in their faeces (poo). These larvae (known as L1 larvae) infect intermediate hosts such as slugs or snails where they develop through L2 phase into L3 larvae. These L3 larvae are then passed to dogs through accidentally or deliberately eating slugs and snails or the slime trails they leave behind on food, toys and grass or drinking infected puddles. These larvae move through the lymph nodes then through the circulation to the right hand side of the heart whilst moulting through L4 and L5 stages to become adult worms. In the heart the worms mate and produce eggs which hatch into L1 larvae and migrate into the lungs. From here the dog coughs up the larvae and swallows them, leading to L1 faeces being shed in their poo ready to infect another dog. Animals such as foxes can also spread the disease from one area to another in the same way dogs do.

What are the symptoms of lungworm?

Not all dogs with lungworm will show symptoms. Lower infestations will not show any signs at all and are known as sub-clinical infections, but the lifecycle will continue with the larvae building up in the environment. If left untreated, the parasite load can continue to increase to cause disease and can eventually be fatal. Dogs who get heavier infestations may show a range of symptoms, including;

What Should I do if I think my Dog has Lungworm?

See your vet! Lungworm can be easily treated provided it is caught early. Lungworm can be most accurately diagnosed through blood tests but can also sometimes be found on pooled faecal samples (samples of 3-5 days of your dog’s poo) or by washing larvae out of the lungs in a procedure called a broncho-alveolar lavage (BAL). Your vet will advise you on the best course of action to suit you and your pet. Once diagnosed, your vet can recommend treatments which will often involve a parasiticide to kill the worms, but may also include treatment for any damage they have already caused.

How can I Prevent Lungworm?

There are other factors which can help reduce the risk for your dog, such as always bagging up and disposing of dog poo, not leaving toys outside in the path of slugs/snails and preventing your dog eating slugs or snails if seen, but the most effective is to have a preventative healthcare plan in place as these measures cannot control everything – every blade of grass is a potential site that a slug or snail may have contaminated!